Prescription drug abuse has been growing steadily in the United States for years. In fact, an estimated 18 million people reported misusing medications at least once in 2017 alone. These medications can help people live more comfortably when they use them properly. The problem is that many of them have the potential for gross misuse and addiction, especially for people dealing with mental health issues or those who are predisposed to addiction. Below are some of the most commonly abused prescription drugs in the United States.

America is currently in the midst of an opioid crisis. Overdoses are killing nearly 100 people per day, and that number continues to grow as the pandemic keeps more people locked in their homes. Some are having a hard time dealing with the loneliness while others simply don’t have access to the healthier coping mechanisms that they would normally turn to.

When used properly, prescription opioids can help people who are in severe pain rest and heal. The side effects of these drugs also cause relaxation and euphoria, though, which is why people often continue to take them even when the pain is gone.

These drugs also can result in tolerance. The more people take, the more they need in order to reach the same euphoric effects they’re used to. A high tolerance can be especially dangerous for someone who attempts to detox and relapses. They may not realize that their tolerance has reduced, causing them to take enough to overdose.

Heroin is also an opioid, though it’s a street drug.

The benzodiazepine class of drugs is often used for people who experience anxiety or panic attacks. They aren’t as widely prescribed today as they used to be since most physicians prefer to prescribe non-addictive medications, such as selective serotonin reuptake inhibitors (SSRIs) to manage anxiety and depression.

Individuals who need short term anxiety relief or need to quickly overcome a panic attack may benefit from these drugs, though. Sleep medications work similarly and are a short-term solution to help people who are chronically sleep deprived.

A major side effect of these drugs is an emotional numbing. People who have experienced past traumas or who are struggling emotionally may turn to these drugs to avoid feeling.

Common benzodiazepines and sleep medications include:

Stimulants have the opposite effects of the previous two categories of prescription drugs. Instead, they cause the body to speed up, increasing alertness and energy. The most common condition that physicians prescribe stimulants for is attention deficit hyperactivity disorder (ADHD).

College students have the highest rate of abuse when it comes to stimulants. Since they increase energy and alertness, many students use it as a “study drug,” to help them pull all-nighters and finish papers. Over time, though, nonmedical use of stimulants can have negative effects on the heart and even cause psychosis.

If you or a loved one is currently living with a prescription drug abuse disorder, RAIN Recovery can help. We pair traditional clinical therapies with holistic therapies to treat the whole person: mind, body, and soul.

Don’t wait to get in touch. Give us a call now at (818) 208-9446 or contact us on the website to speak to an admissions specialist. Your recovery is waiting. 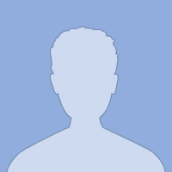